Our Trustees manage the Village Hall and make sure it’s a great facility for our community.  They are: 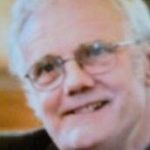 Ivan has been an active member and Trustee of the Hall since 2005 and, as its current Chair, brings a wealth of experience to its day-to-day running. An inaugural member of the Beer Festival, Ivan sits on the Beer, Fundraising and Fete Committees.

In the steps of three generations of Parish Councillors, Ivan also served as a parish councillor for over 30 years, both in Sherfield and previously in Hurst, Berkshire.

After his family bought Goddards Farm in Sherfield in 1983, he moved here with his wife Wendy and their son in August 1992. A life-long farmer, Ivan is working towards passing on the farm business to his son, grandsons and hopefully many generations of farmers to come.

“My main passion has been the refurbishment of the hall and my involvement in fundraising for the next phase of its improvements and up keep: so the next generations of Sherfield Village and beyond can enjoy our beautiful and unique village hall in the heart of the village.” 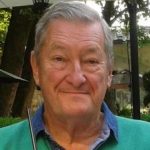 Bruce is a Trustee and Secretary for the Village Hall, a long-time member of the Management Committee and of various sub-committees. Born and raised in Birmingham, after university, he spent some time in Fareham and London before moving to Basingstoke in 1971 and to Sherfield in 1979. He was a Member of the Parish Council from 2008 to 2016.

His work has always been involved with engineering and scientific computing, working mostly for American companies (such as Control Data Corporation and Floating Point Systems) and Japanese companies (Hitachi and NEC).

Starting out in technical support he migrated to sales and became Country Manager of NEC’s Supercomputer operation. Finally, he ran his own consulting company, with NEC as a key customer.

As well as being a member Trustee, Ian is Chairman of the Beer Festival Committee and he also sits on the Fete and Fundraising Committees.

Originally from the west-country, Ian’s career brought him, his wife, Alison and their three children to Hampshire in 1992. After 18 years in Hook and with the kids grown up, Ian & Alison moved to Wildmoor Lane in August 2010.

During his career, Ian headed up Corporate Learning & Development divisions for large corporations, namely, Xerox and Abbott Laboratories. He also has experience in Organisational Design, Project Management and Public Speaking. 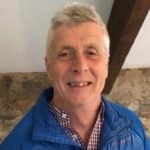 Nick moved to Sherfield in 1989 with his wife Karen, buying a near derelict cottage on the green where they have raised their family.

Nick was a Parish Councillor for seven years and has been a stalwart of the Fete Committee: one of a group of villagers who, under the auspices of the Parish Council’s Millennium Society, took on the organisation of the fete, expanding it towards the scale we know today.

He recently retired from running his motorcycle business at Turgis Green and now has more time for community involvement. He has been a Borough Councillor since 2015 and a Village Hall Trustee for about 18 months.

Natalie has worked with Village Hall and Fete Committees since 2004. A member of the ‘Friends’ Fundraising Committee for many years, she is its current Chair and joined the Trustees in 2017.

Originally from Cardiff, Natalie moved to Reading: first teaching in Berkshire, where she met her husband and latterly in Hampshire.

Having studied theology at Bristol and Cambridge Universities, her teaching career has given her experience of managing departments, leading teams of tutors and working with other professionals in a county-wide Advisory role.

She co-ordinates the Sherfield Poppy Appeal and is the Sherfield Show Secretary. Natalie came to Sherfield in 1993 to enjoy the benefits of village life and has not been disappointed. 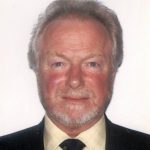 Originally from near Henley-on-Thames, Bruce moved to Sherfield-on-Loddon in July 1973, following a move to the Basingstoke office of the firm for which he was working.

In the early days, Bruce was a member of the original Village Green Committee and Captain of Sherfield Cricket Club, of which he is still a Vice-President. Bruce has been a parish councillor for longer than he can remember and was Chairman of the Parish Council for 13 years.

Bruce has been a Trustee of the Village Hall since 2007; he chairs the Village Fete Committee and recently handed over the chairmanship of the Beer Festival Committee to a colleague.

During his working life, Bruce worked for three firms of Chartered Surveyors and for the Borough Council’s Property Services Division, so he has extensive knowledge of property management and building maintenance. 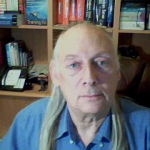 A member of the Village Hall Committee since 2008, Alan was chairman of the Fundraising Committee for 7 years, a member of the Fete and Beer Festival committees for several years, and also served on the Parish Council for 5 years.

Originally from Erith in Kent (now Greater London Borough of Bexley), Alan lived in East Kent until work took him to Epsom, Surrey, and then in the early 90’s moved to Sherfield with his wife Hazel and their daughter Alex. 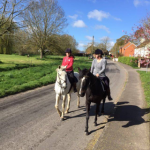 Eleanor moved to Sherfield-on-Loddon when she was just a year old and has lived here ever since. Her career began when she trained as a secretary and now Eleanor works in finance for the Wellington Estate.

When Eleanor is not working or volunteering for various village activities, her passion is for her lovely horse, Magic, who needs lots of time, attention and exercise.  This photo shows Eleanor and Magic the right accompanied by daughter Clare.

Eleanor’s pivotal role on the Village Hall committee is Minute Taker. This involves listening closely to all the discussions and decisions being made by the Trustees, and recording them accurately. These minutes then have to be distributed to the Trustees and all relevant documents made available for future meetings.

Sherfield Village Hall is a registered charity, No. 1178256, managed by the following Management Team: